Over $3 Billion Worth of BTC Options Expire This Week

Over $3 Billion Worth of BTC Options Expire This Week 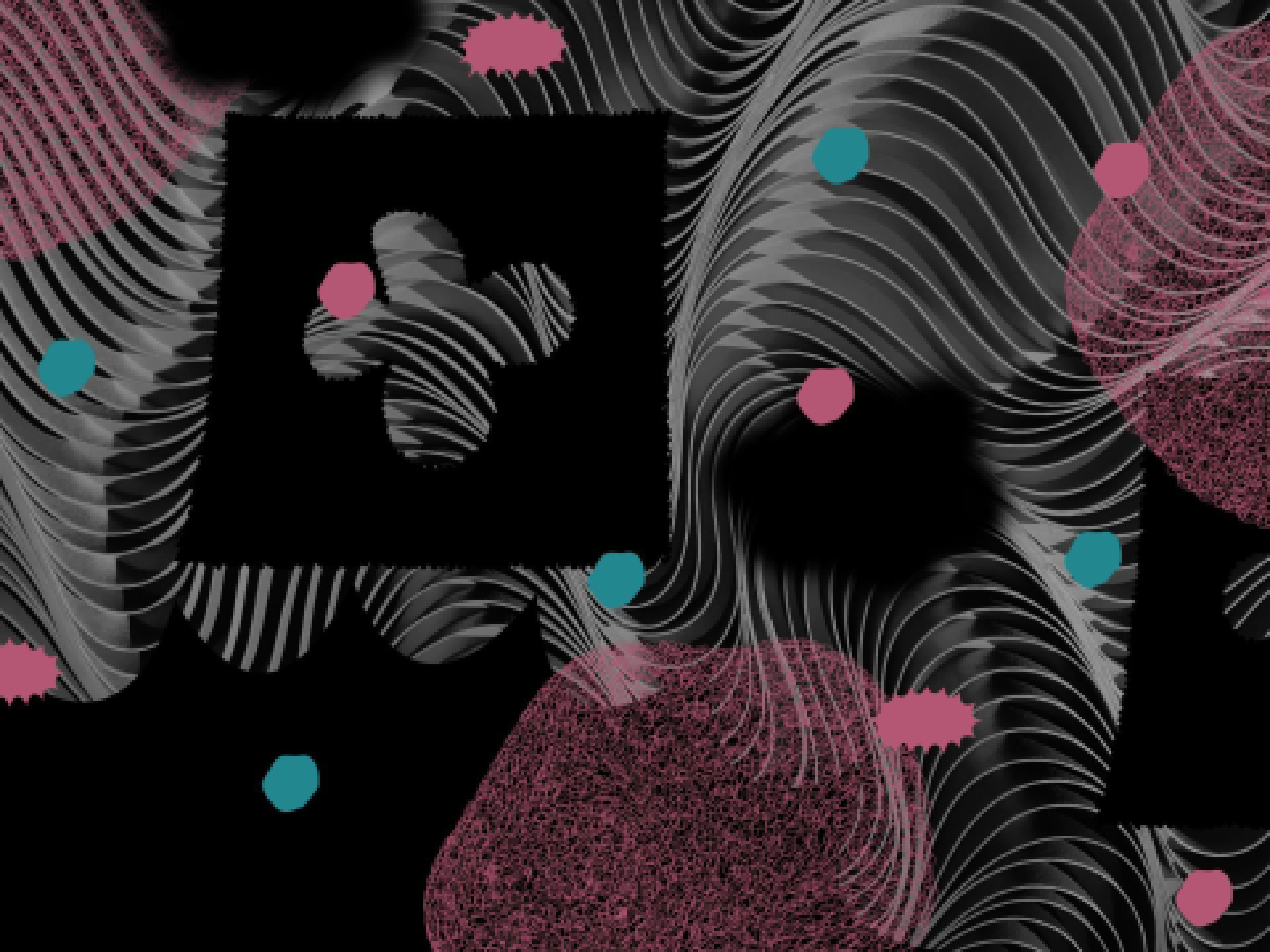 Bitcoin can expose the true market value of any other currency, at any given point. The exchange rate of any sovereign currency is the ultimate report card on a government’s credibility.

Of course, many governments do not want to be “graded” by the market in real time. Many times they artificially set the exchange rate,  but they cannot reign in a fixed exchange price between bitcoin and the local currency. Therefore, many governments - like China, set restrictions on the “free trade” of assets like bitcoin.

This is why you cannot easily find a historical feed of bitcoin prices on TradingView for currencies like Argentine Pesos, Venezuelan Bolivars and Chinese Yuan among many others. These are just a few examples.

Many times, markets are efficient, and the exchange rate between two currencies will be efficiently captured through bitcoin. This happens in markets like Japan and the Euro Zone:

However, in smaller markets, like Mexico, we start seeing wider gaps:

Essentially, Bitcoin prices are a great way to find inconsistencies in the value of a country’s currency relative to others.

Previously during the Bitcoin City conference in El Salvador, President Nayib Bukele announced to the world that the country would launch “volcano bonds”.  The proceeds from the $1 billion bond offering would serve to construct “Bitcoin City” that would have crypto mining operations and minimal taxes as the president looks to attract talent and capital to El Salvador. Without a formal announcement from the government, there seems to be a delay in the issuance of the 6.50%, 10-year maturity “volcano bonds”. Some key factors that could have caused the delay in the issuance of the bonds are: i) international conflicts such as Russia and Ukraine ii) extremely volatile international capital markets iii) BTC price volatility iv) legislation in El Salvador not fully passing through the country’s parliament.

The founder of Terra ($LUNA) - Do Kwon has the green light to start purchasing up to $10 billion in Bitcoin. Hinting that Terra could “imminently start buying” up to $3 Billion to maintain the protocol’s reserves. The purchase of Bitcoin would serve as a pressure-release for the Luna Foundation to implement to keep the UST to dollar pegg during market sell-offs and provide long term stability to the Terra protocol. The expected Bitcoin purchase could have a short-term bullish effect.

An estimated $3.3+ Billion worth of open interest in options is set to expire this Friday.

Bears have a lot to gain by suppressing the price of Bitcoin, but slight macroeconomic improvements in the markets and investor sentiment, coupled with the lingering Volcano bonds and Terra’s plan to buy a few billion dollars worth of Bitcoin, could derail the Bear market playbook.

Cathie Wood’s ARK Innovation ETF (“ARKK”) soared an impressive 18% on Friday last week. On a comparative basis, ARK 3x the S&P 500 rally on the same day (6.2%). The S&P 500 posted its best weekly gains since November 2020. Market volatility has seemed to subside as traders recalibrate strategies with ongoing Russia risk, higher commodity prices and inflation. After major volatility in the markets over the last few weeks, it seems investors have taken a breather with risk-on trades. Investors seem to have decided to ditch stocks and begin increasing cash holdings, according to a monthly fund manager survey by Bank of America, reported by Reuters.

Despite the loan prime rate being left unchanged, Chinese stocks rallied historically last week. Investors are expecting that more policy support will come. The Index rallied 21% in days after the government vowed to stabilize markets and easy regulatory crackdown as there were fears that the U.S. may delist Chinese firms. In an effort to provide additional confidence in the market, the local state-run Chinese Securities Journal mentioned that some 30 Shanghai-listed companies have proposed around $1.5 billion in corporate stock buybacks. Despite the historic rally, investors will continue to monitor the COVID outbreak in China as many worry that it could once more affect supply-chains and contribute to price increases in goods produced in China and contribute to more global shortages of finished goods.

The yield on the 10 Yr note is about to break a historical trend. This is an important trend-break to keep in mind.

By the end of last week, gold had lost ground, but gold prices rose Monday, March 21, 2022 as the fighting continues in Ukraine, boosting demand for the safe-haven precious metal. Investors will keep a close eye on the developments and escalations out of Ukraine, if negotiations deteriorate and fighting continues, coupled with other international macroeconomic and pandemic related matters, there could be significant capital inflows to gold.

According to trading economics, Russia holds the world's fifth largest stockpile valued at close to $150 million USD.  Demand for gold within Russia remains high as the ruble has declined to record lows. Given the international sanctions on Russia, if Russia wanted to sell its gold reserves to stabilize the ruble and economy, it would be hard to find a counterparty that could buy it.

Yuga Labs is the company behind Bored Ape Yacht Club (BAYC) and Mutant Ape Yacht Club (MAYC). From March 2021 to March 2022, BAYC generated $1.56 billion in sales, while MAYC has generated $1 billion in sales since inception. These two NFT projects are some of the most popular NFT collections on Ethereum. On Thursday of last week, ApeCoin (APE) was released as the governance token that empowers the decentralized APE community. The token was given via an airdrop, simply put, holders of BAYC and MAYC NFT received tokens for being part of the community. The token rallied to near $18 dollars in its first week to catapult it into a top 20 crypto overall market position, before aggressively being sold off and currently trading at $10.20 and ranked #48 projects by market capitalization.

ConsenSys is a blockchain software technology company, better known for its Metamask wallet, a blockchain wallet used to interact with the Ethereum blockchain and decentralized finance “DeFi”. Metamask has over 30 million monthly active users, having increased 42% since November 2021.  Just in November, the company raised a $200 million Series C round, now the Company has raised a $450 million Series D round at a $7 billion valuation. What makes this latest capital raise special is that technology and venture capital giants are starting to be involved in the digital assets industry. Microsoft was one of the main investors participating in the latest round, with involvement from major venture capital funds such as SoftBank and ParaFi (who is also an investor in Ledn). The market will continue to see major companies and investment funds entering the industry.

From last week, the hashrate has slightly decreased but remains steady at 206.17 TH/s with the network difficulty remaining flat compared to last week. We saw a difficulty network drop of 1.84% from last week. Foundry USA, Antpool, Poolin, F2P and Binance Pool are the biggest network contributors with an aggregate value of 70.22%, as of March 21, 2022 1pm EST. Despite BTC’s price decline from all-time-highs, the network difficulty has increased to new-all-time high levels as more Bitcoin miners enter the market as it becomes more difficult, energy-intensive and time intensive to verify transactions for each block.

After the long-awaited rate hike of 25 basis points last week from the Fed, we enter this busy week with plenty of data releases and the Fed speaking. Top data points to keep an eye on will be initial jobs claims, continuing job claims and orders for durable and core capital goods as they are good macroeconomic indicators for the Fed as well as investors. These indicators can be early indicators for when the Fed might consider the next rate hike. The University of Michigan’s sentiment index, 5-year inflation expectation and pending home sales index will provide another layer of data for the Fed to take into consideration as it weighs on the next rate hike.

One new and important Fed meeting will be Fed Gov. Christopher Waller who will speak on digital currencies, their role in the economy and how the government looks to enact President Joe Biden’s executive order on digital assets.

3. Malaysia looking into it. 🇲🇾 #Bitcoin game theory at play. 🎲