Markets Gain Despite Hawkish Tone From The Fed. Anticipation For Ethereum’s Upcoming Merge is Starting to Build. 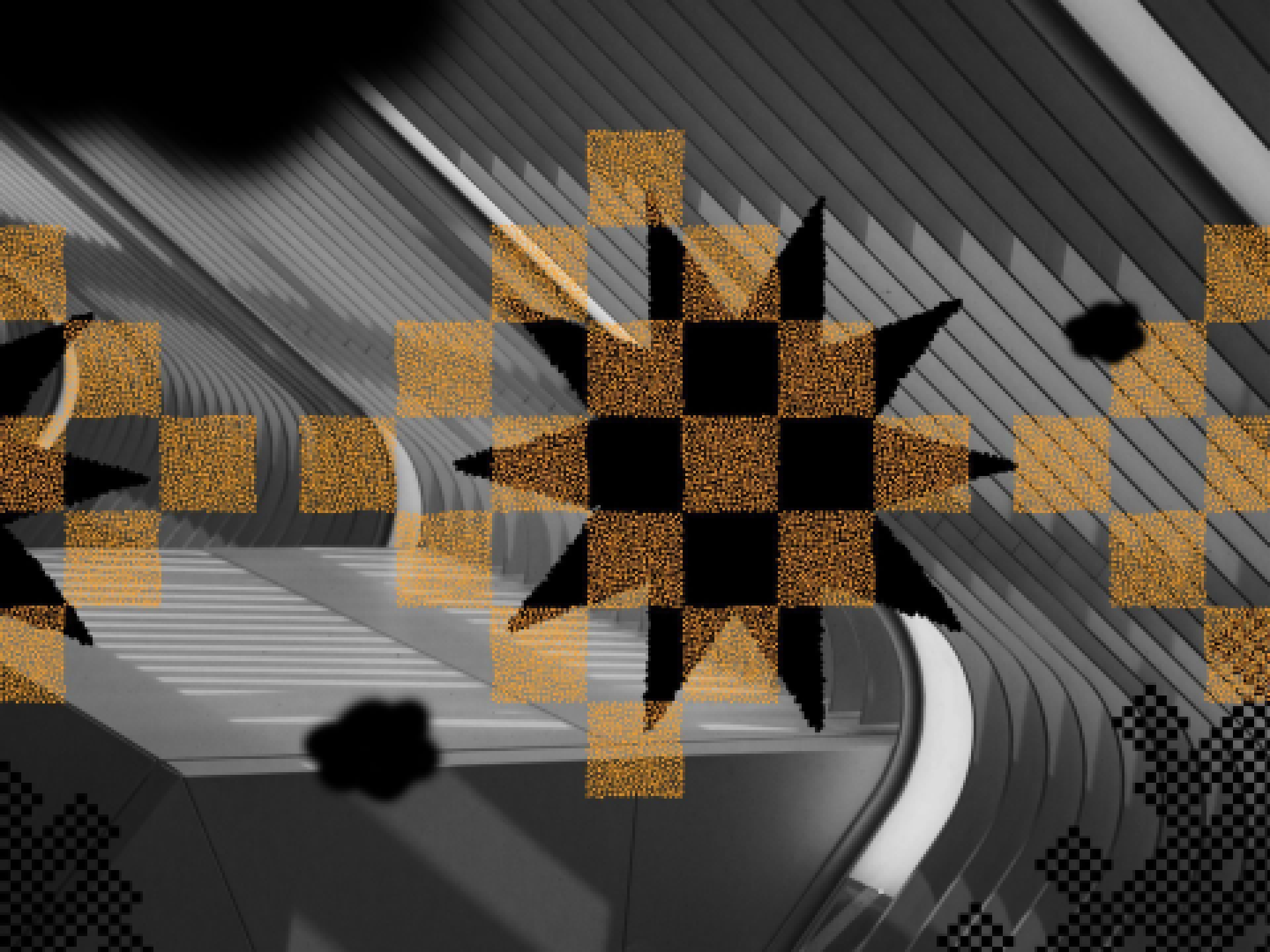 Interest rates for new bitcoin-backed loans as of April 1st will be 7.90%

Since Russia invaded Ukraine on February 24, 2022, the international sanctions have not ceased on the Kremlin. The international sphere has seized assets, stopped trading of Russian-native stocks, booted Russian financial institutions from using SWIFT and imposed embargoes on oil, gas and other natural resources. With the ruble and economy tanking, Russia must look for ways to have access to capital. The Russian head of the country’s energy committee - Pavel Zavalny, announced that it may accept Bitcoin as a form of payment.

Despite all the sanctions, Europe’s dependence on Russian oil and gas is still present. Since the invasion on February 24, Europe has paid over $22 billion to Russia for fossil fuels. Something that is surprising is that Russia's oil business has shown resilience despite market cycles. Even after the invasion, Russia continues to export 4.7 million barrels of crude a day. Russia is in need of cash to fund military equipment, thus has continued to produce and export oil to prewar levels.

As some countries are forced to reconsider their financial rails and their foreign reserves, a few references have been made about “Bancor”.

“The bancor was a supranational currency that John Maynard Keynes and E. F. Schumacher[1] conceptualised in the years 1940–1942 and which the United Kingdom proposed to introduce after World War II. The name was inspired by the French banque or ('bank gold').”

In simplified terms, the concept was to create a “supranational currency” that allowed exporting countries to accumulate as reserves, and importer countries to borrow bancor from creditor countries. Both would have limits on what they could store away and borrow. If either limits were reached, the country’s currency would either appreciate (in the case of too many reserves), or depreciate (in the case of too much debt). This would make their exports more or less expensive, and balance the overall trade.

Interestingly, there was positive commentary after the recent peace talks held in Turkey. This has helped push oil prices lower in the week’s trading session so far.

Moving on to other news - contrary to the headline below, there are no rumors….

That is the beauty of blockchain, it provides transparency and real-time verification. The Luna Foundation Guard “LFG” has been purchasing Bitcoin and accumulated $1.3 billion worth of Bitcoin. The wallet address statement can be seen and lists all the Bitcoin transactions.

Additional factors that could be contributing to the Bitcoin price momentum was Goldman Sachs and Galaxy Digital’s milestone over-the-counter “OTC” trade as well as Cowen’s plan to allow institutional investors to place Bitcoin spot trades. Cohen is a publicly traded U.S. investment bank with a market capitalization of over $700 million.

Earlier in the year, the Bitcoin spot market was trading higher than the Bitcoin futures market, or in technical terms, the curve had “backwardation”. Backwardation occurs when investors expect the future price of the asset to trade at lower prices than the current one - this can happen for a variety of reasons.

With the increase in price,  futures once more have begun to trade higher than Bitcoin spot levels.

Bitcoin Futures Open Interest have trended upward after reaching 2022 lows. As Bitcoin price has rebounded and is now trading above its December 2021 levels, investors once again have regained appetite for Bitcoin futures. Binance and CME futures have seen the biggest interest on their platforms compared to its competitors.

Compared to last week, we have seen funding rates for Bitcoin perpetuals increase, as interest for Bitcoin has increased. Positive funding rates suggest that investors are bullish. It also implies that long traders pay funding to short traders.

Also, hot off the press this morning, Grayscale, the operator of the Grayscale Bitcoin Trust, threatened to sue the SEC if it rejects its upcoming spot bitcoin ETF proposal. This ups the ante for the SEC’s decision, and could result in GBTC units reducing some of their discount to the fund’s net asset value. The fund’s units currently trade at about a 28% discount to the value of the assets it holds.

Markets continue to extend their two week streak on the back of the first interest rate hike of 25bps. Fed Chairman Jerome Powell also noted that rate hikes could go from traditional 25bps hikes to 50bps if necessary. The Fed’s hawkish tone comes amidst the Fed vowing to fight increasing inflation. The S&P has gained 8.00% over the last 10 trading days with the Dow Jones gaining ~8.80% and the NASDAQ gaining ~11.10% over the same period. Year-to-date, the S&P 500 has had a 5.34% loss with the Dow Jones gaining 11.96% and the NASDAQ on the red territory with -10.07%. The 10-year U.S. Treasury hit a new multi-year high of 2.5% as investors expect more aggressive Fed rate hikes this year. Equity research firms have begun to place financials on neutral or downgrade territories. On Monday, financials declined 2.3% as consensus estimates the Fed will accelerate harder rate hikes to tame inflation, even if it means slowing economic growth.

Russian and Ukrainian delegates will head to Turkey to hold face-to-face ongoing peace negotiations. On Monday, the Russian stock market resumed trading and extended its downtrend since Russia invaded Ukraine on February 24, 2022. The last full-day of trading was February 25 and the index lost a third of its total value in a one-day trading session. As a counter to western sanctions, Russia has halted foreigners from trading and selling their positions in Russian stocks. Foreign investors are scrambling to find ways to exit their Russian stock positions.

For the second trading session, gold futures fell as the dollar has continued to strengthen and investors monitor the Russia-Ukraine negotiations happening Tuesday in Istanbul, Turkey.

The most prominent organizations in the gold industry London Bullion Market Association (LBMA) and the World Gold Council (WGC) announced a collaboration to utilize blockchain technology for supply management to help market participants verify their inventories and supply their authenticity. This major ground breaking initiative will help bring real-time and transparent data on the blockchain. The technology will help register and track gold at each and all of its stages, from production to distribution. The blockchain ledger technology will not be public like Bitcoin and other blockchains, but participants will be able to have access to the data on the blockchain. The integrity and transparency brought by this technology is expected to bring additional inflows of capital into the precious metal.

Google search trend interest in “Ethereum Merge” hit an all-time high last week. As we have seen in the past, investors tend to anticipate these events as they will likely garner media attention and that tends to drive retail interest.

Price-wise, we have seen Ethereum rally over 38% over the last 3 weeks, compared to Bitcoin’s 27% rally.

This narrative could continue building as we get closer to the merge. If all goes according to plan, the merge could occur as early as this summer. We will continue to monitor this and keep you posted.

Despite impressive 5-day gains of 10.9% on Bitcoin price, bitcoin difficulty has remained flat to last week. Total hashrate increased 3.704 TH/s from last week. Bitcoin has been trading below its December price, but Monday, Bitcoin began to trade higher reaching a high of $48.2k

Investors will be paying a close eye to several key events this week. Starting with Russia-Ukraine peace talks in Istanbul Turkey on Tuesday. Additionally, U.S. economic indicators will be released this week and include jobless claims, PMI, employment report, GDP revisions, PCE price index, Chicago PMI, among many others. Economists expect 460K jobs to be added to the month of March and the unemployment rate to fall to below 3.7%. Outside the U.S., investors will keep an eye out on Eurozone inflation data set to be released on Friday. Economists expect CPI to hit a new record high amidst raising energy and commodity prices.

The Luna Foundation Gard “LFG” has been purchasing Bitcoin for its Forex reserves. As of the weekend, the wallet held about $1.1 billion worth of Bitcoin. Terra Luna founder Do Kwon has the green light to purchase up to $3 billion in Bitcoin. With plenty of dry powder, LFG can continue to buy Bitcoin in the open market.

They could continue buying and provide a strong bid in the days and weeks to come. The anticipation could keep perpetual swap funding rates elevated as investors look to capitalize on a potential move higher.

Interestingly, the short interest that had been mounting over the last 4 weeks on BitFinex seems to have disappeared. Bears seem to have been squeezed out of the way for now.

Just another day in a world adopting #bitcoin...