What Is Driving Inflation And Where Do We Go From Here?

What Is Driving Inflation And Where Do We Go From Here? 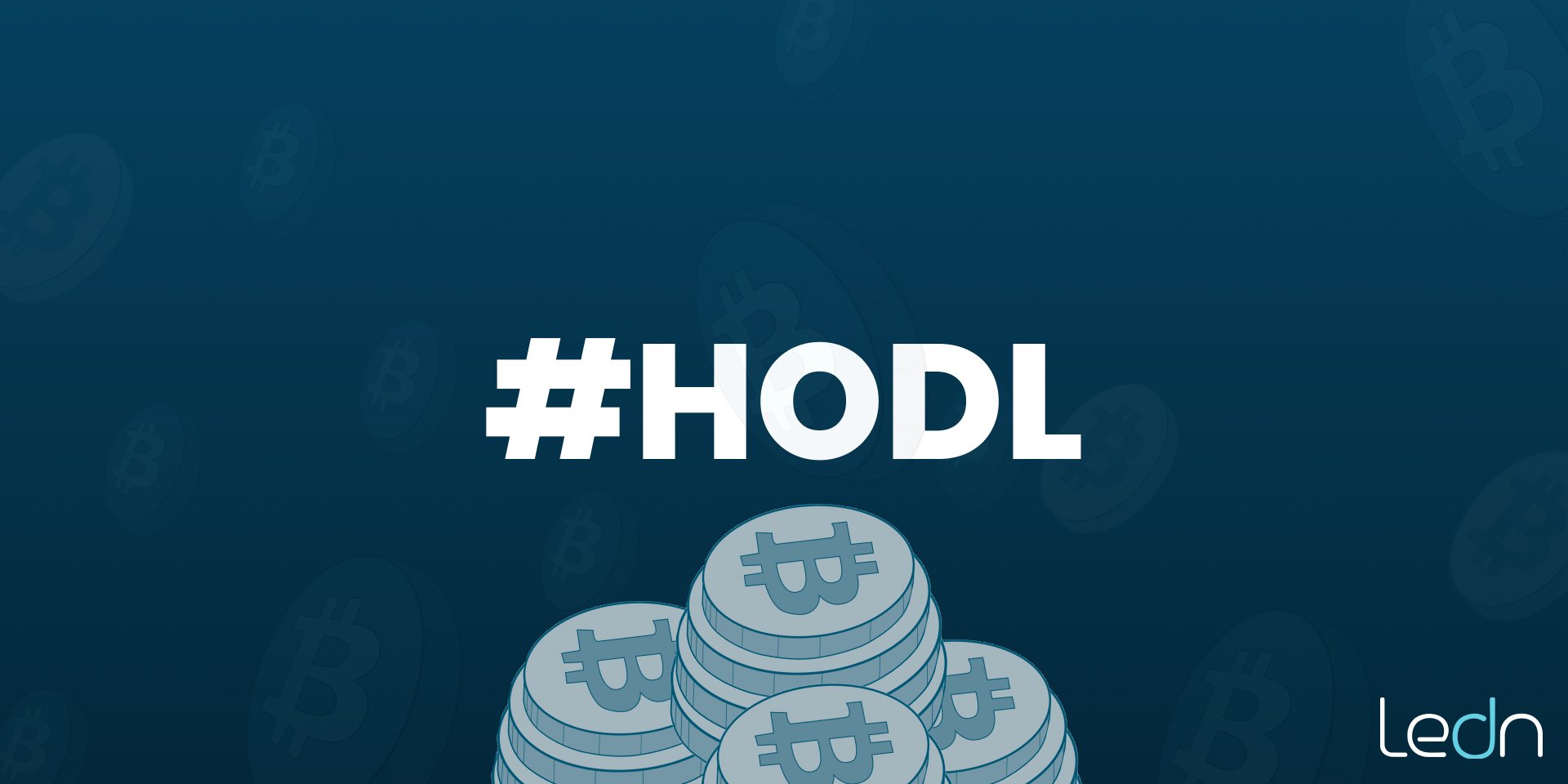 Markets celebrated last week’s 8.5% inflation reading out of the U.S. which showed 0% month-over-month growth in the rate of inflation. Bitcoin, equities and even gold closed the week in the green, as the U.S. dollar and treasury yields took a dive.

The market celebrated because the Fed seems to be getting inflation under control. The Fed has signalled that putting an end to inflation is its number one priority, even at the expense of the job market.

While slowing down inflation is a cause for celebration, one month’s reading should not be extrapolated to mean that we are out of the inflationary woods just yet.

As Zoltan Pozsar, Interest Rate Strategist at Credit Suisse, points out in his latest dispatch, prices in an economy are set in terms of supply and demand.

The pandemic caused both a supply shock (reducing supply), and a demand shock (increasing demand due to stimulus).

This makes the equilibrium prices of goods and services move higher, as per the above graph.

Now, the current sentiment in the market is that the Fed will be able to bring the demand curve back down. However, rising interest rates do very little to fix the supply side of things. The government cannot print more oil, or more people to go into services jobs.

Moreover, the geopolitical landscape pre-pandemic looked very different. It was a world in which China produced cheap goods for the U.S. to consume, and where Russia was happily providing cheap oil to Europe. Both of these dynamics helped keep the cost of goods low. In fact, it had a deflationary impact for the U.S. economy. This made it easy for central banks to print money and elevate asset prices.

Russia is now selling oil and gas to Europe for top dollar, threatening with supply restrictions for strategic purposes. Geopolitical tensions between the U.S. and China are rising, stemming from the Trump era tariffs to the recent trip from Nancy Pelosi to Taiwan.

How could this impact bitcoin?

Under this scenario, the Fed may have to maintain interest rates relatively high in order to keep inflation under control. However, it will also have to take action in order to increase the supply of goods and services without relying on international trading partners. This could lead to a series of fiscally-financed infrastructure projects and incentives to reignite the local manufacturing sector in the U.S.

Similarly, countries like China and Russia will have to search for new buyers for their goods and services - and may try to incentivize their local economies. As an example, the Chinese central bank recently announced a surprise drop in interest rates to stimulate its economy.

Regardless of the path chosen, central banks will undoubtedly have to print new cash (whether to stimulate their local economy, or to lower the value of their currency to make their exports more attractive to international buyers).

As we have covered here extensively, bitcoin has a positive correlation with the rate of growth of the global money supply.

To summarize, while the reasons to print can change, the fact remains that central banks will have to turn on the printer again sooner than later to stabilize their economies. It could be a bumpy ride from here to there, but all roads lead to the printer - and printing historically leads to higher bitcoin prices.

As a parting note, we leave you with a quick update on Argentina, where the Central Bank recently raised its interest rate to 69.50% in an effort to bring down inflation.

And again, from Nigeria - where inflation reached a new record high of 19.64% based on official data. The real inflation rate is likely much, much higher.

As the Q2 earnings season comes to an end - companies reported relatively strong results, and the S&P has now rallied by more than 10% during the last 4 consecutive weeks. Equity markets also cheered last week’s inflation reading for July - extending their rally.

The big question on the minds of investors is - is this a bear market rally? or are we going higher from here?

While we don’t have a crystal ball and can’t answer the question directly, we _can_ look at how institutional investors have been positioning themselves lately.

This indicator has reached its highest level in 2 years. Last time it was at this level was when the S&P 500 was breaking through its previous highs, kicking off a large bull market rally.

Second, we have the Bank of America Bull & Bear indicator, which has been at its lowest (extremely bearish) level for 9 consecutive weeks.

As renowned macro investor Dan Tapiero points out, when everyone is already max bearish, many have trimmed their portfolios to the maximum and there is not much that can be sold anymore.

As evidenced by the above, there are a few indicators signalling that institutional investors are starting to come back into the market.

This is also consistent with the news that Berkshire Hathaway has been continuously investing throughout this volatile market.

While institutional investors are not known for short-term bets, Mr. Buffett is known for having the best long-term investment track record on the street.

Gold had another strong week last week on the back of the U.S. inflation reading. Over the last 4 weeks, gold has rallied by more than 5% - as weakness in the U.S. dollar and geopolitical tensions provided a tailwind.

However, it may get an unexpected tailwind out of China, where the central bank just did a surprise interest rate cut to stimulate its economy. Conversely to the U.S., cutting rates will make the Yuan weaker - prompting investors to protect the value of their savings, and making options like holding gold, more attractive.

The next catalyst for gold will likely be this Wednesday’s FOMC meeting minutes, where more details on the Fed’s plans could be revealed.

On the DeFi space, Ethereum continues its spectacular upwards move closing the week +8.52% against BTC with, while the DeFi Index took a hit and underperformed both BTC and ETH.

The excitement from the Ethereum community had a special reason in the last few days, after the final testnet phase Goerli had a successful transition to proof-of-stake and confirmed that The Merge is expected to occur around Sept 15th, depending on the hashrate:

Ethereum testnet Goerli represented the third and final step before the long-anticipated Merge.

Despite the wave of recent positive news for Ethereum, we had further developments in regards to the sanctions imposed by OFAC to addresses related to Tornado Cash as covered here last week:

This address list that has been put into place involves TRM Labs, a compliance company offering services to dApps via an API.

Justin Sun, the founder of Tron blockchain was one of the first to report the incident:

Although the problem seems to be solved by now as reported by different DeFi community members minimizing it as just a frontend issue, Tornado Cash sanctions are highlighting a harsh reality in DeFi - which is, most platforms, smart contracts and projects are not actually decentralized. Most “decentralized” projects have rushed to block and restrict the sanctioned addresses, just like centralized and compliant entities have had to do.

On the stablecoins field, another algorithmic stablecoin failed to keep its peg after Acala Network reporting a serious bug found:

The Polkadot-based DeFi platform reported the bug in the protocol’s newly deployed iBTC-aUSD liquidity pool, with losses that could reach U$10M although not yet officially confirmed from Acala's team members.

On the mining front, Singapore-based Antalpha, together with Bitmain and Antpool as partners, unveiled a new lending product for miners in a push to help them stay afloat during the current market downturn.

It is said that the new loans will be issued under a co-lending agreement with other financiers. They will also be targeting miner's main cash outflows, e.g. electricity costs.

As we covered in last week's BEC mining section, miners have nearly $4 billion in outstanding loans backed by ASICs. Which have fallen in value along with Bitcoin's price, putting pressure on leveraged miner balance sheets.

As an example, public miner Core Scientific filed an S1 with the SEC last week, unveiling a new issuance of 70,289,880 shares as the miner looks for additional ways to raise capital and finance operations during a bear market.

In today’s “What’s Ahead” section, we wanted to share our thoughts on the recent inclusion of the Tornado Cash smart contract into the OFAC list of sanctioned entities.

Before we start, we believe that people have the right to privacy - both in their personal and financial life. Unpopular as the thought may be, finding the right balance around privacy and security is a difficult task for a government or regulator.

As a summary, Tornado Cash was a service that people could access to obfuscate the source and destination of assets that were sent to the service. It had been used by normal people, and known hacking groups associated with large attacks.

After the U.S. government included the Tornado Cash smart contract and its ethereum addresses on the list, every single compliant company that serves U.S. clients had to comply and ensure that it would not service or interact with any of the listed addresses.

What happened afterwards was perhaps more surprising for the decentralized finance ("DeFi") community than the sanction itself. Many of the most popular DeFi projects rushed to restrict transacting with the addresses, and with anyone who had transacted with those addresses - impacting many of their customers.

Many DeFi protocols were built on the idea that “smart contracts cannot be policed”, that its code was “unstoppable”, and that it would operate beyond the reach and restrictions of regulators.

The reality is very different. Many DeFi protocols received investment from investment funds based in the U.S., have U.S.-based founders, and teams. The veneer of decentralization is slowly fading, and the compliant smart contracts remaining will effectively be fully compliant entities with the same obligations and restrictions as other centralized exchanges.

We are at the early beginnings of a new era in DeFi - one that will result in “compliant finance” and “dark finance”. This trend even started earlier last year with the introduction of KYC and IP restrictions on DeFi.  The players in the “compliant finance” camp will have the same responsibilities and obligations, whether they are a smart contract or a fully-centralized entity.

Inevitably, “dark finance” will also emerge - this will be a series of contracts and protocols that are truly decentralized, with anonymous founders, no big-name investors, tokens that cannot be sold to investors in regulated markets, and no centralized marketing team.

To close, this sanction on Tornado Cash does not mean that DeFi is dead and it certainly does not mean that this issue is at all related to Bitcoin or that Bitcoin is broken. Digital asset companies have global client bases. Regulation in investor markets will open the door to new clients - fueling the growth of companies in the industry and enabling them to continue solving a global problem: access to a stable currency and financial services.

Now, here are the earnings and announcements that could move the markets in the week ahead:


Went on CNBC to discuss Ledn's strategy to navigate the current crypto winter and what makes us different in the market.

Thank you for having us @CNBC @PippaStevens13 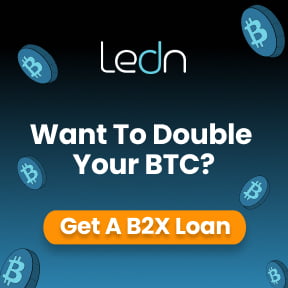